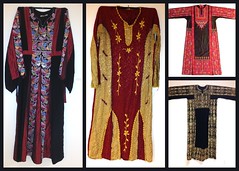 Westfield State University’s Arno Maris Gallery presents “Threads that Bind,” a Middle Eastern textile exhibit, which will be on display until April 5. A reception will be held on Thursday March 27 from 5:30-8 p.m. with exhibit curator Dr. Christina Swaidan, associate professor of art history at Westfield State. This exhibition inspires further discussion both about textile and fabric arts as well as Muslim culture and the representation and daily lives of Islamic women. See our discussion questionsfor ideas to spark conversation with your kids and/or students.

The Arno Maris Gallery at Westfield State University invites you and your family to its current exhibition, Threads that Bind. This display of Middle Eastern textiles highlights items of Muslim women’s clothing such as the abaya, an all-purpose robe-like dress that is worn both to Mosque and while…

making a violin from maple wood

In conjunction with several other local institutions, this spring the Springfield Museums will be hosting, “Steampunk Springfield: Reinventing an Industrial City.” This series of exhibits and events explores the cross-disciplinary subculture and literary genre known as “Steampunk.”

What is Steampunk? Steampunk is expressed primarily through fashion, two- and three-dimensional art, and fantasy writing, with an emphasis on science fiction, historical fiction, and horror stories a la Mary Shelley, Jules Verne, and H. G. Wells. Steampunk is a genre of alternate history, in which historical events, people, and places are reimagined, frequently in post-apocalyptic scenarios or the American “Wild” West, as well as in the Victorian era. Steampunk seeks to answer the question: “What would the world be like if the steam-powered mechanical technology of the Victorian era was incorporated into current technology…

Greenland, New Hampshire is home to the Winnicut River.  This river served as a highway and popular camping spot for the Native Americans.   The River is part of the Great Bay, which is located ten miles inland and encompasses nearly 25,000 acres of tidal waters.   Part of the Picataqua region, the Great Bay is a tidal estuary that including several flowing rivers creating a boundary between New Hampshire and Maine.  It empties into the Atlantic Ocean east of Portsmouth.

Over many years, the Picataqua River made the shift from maritime to marine. Being that we no longer depend on these waterways in the Picataqua region for commerce, people are starting to think of these places in terms of sustainability. The Winnicut River was a highway to travelers, supplying transportation, food, as well as natural beauty. The amount of contamination in the river has opened the…

Marriage is supposed to be a big transition in life. Mine definitely was. I went from being a college student to being a; graduate, wife, entreprenuer, and weaver. All in roughly a week. I was 20 years old and there was enough family drama that the enormity of that transition didn’t really occur to me at the time.  But really, my life is easily divided by before and after.  And really, it’s because that week, I became a weaver.

Since people ask where I grew up all the time, I usually tell them I came from Southern California.  I lived there till I was almost 13.  Then we moved to Los Alamos, New Mexico, where I went to high school.  The change from the SoCal LA to the NM version of LA meant I was no longer a California Girl, which I’m sure disappointed the Beach Boys terribly. Or at…